The exhibition in Grave is held in commemoration of Horst van Cuyck. His widow, Caroline Gräfin von Arco-Zinneberg, opened the exhibition. Véronique Lambert offered her the first copy of the book Jan I van Cuyck. Ridder en diplomaat. 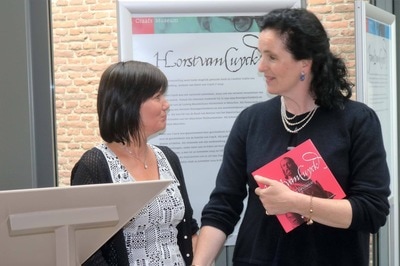 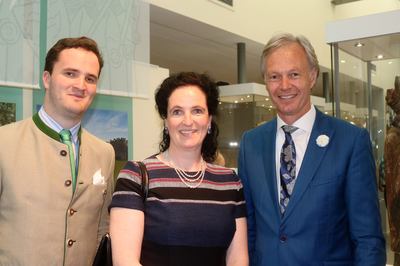 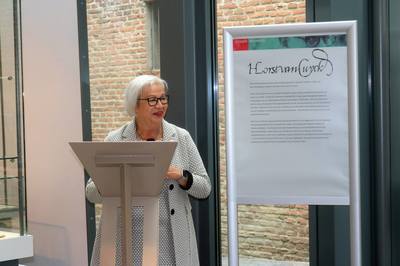 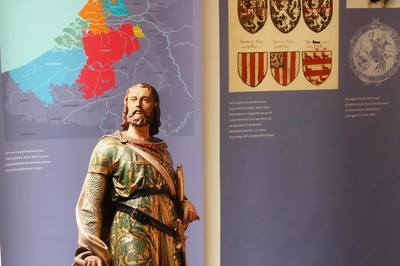 On 18 September at 11.15 AM a solemn mass was held, presided by M. F. Duminy, dean of the Cathedral Church, in honour of saint Ida and of the late M. Horst van Cuyck, inspirator of the project. 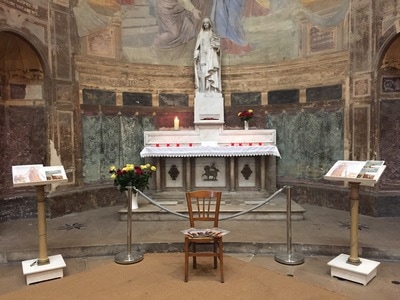 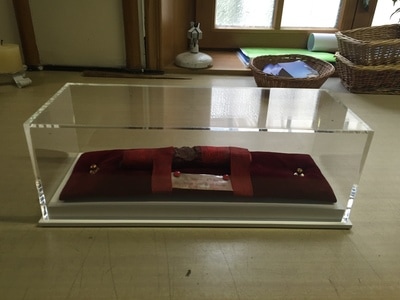 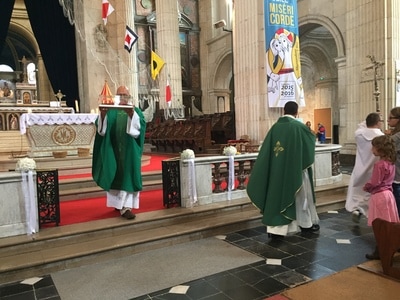 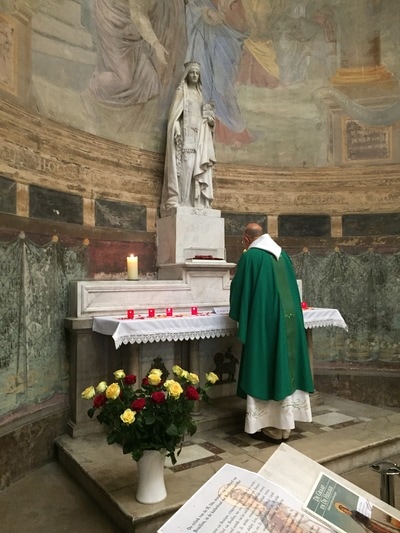 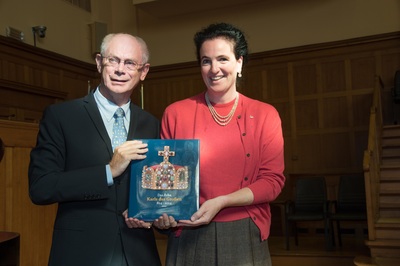 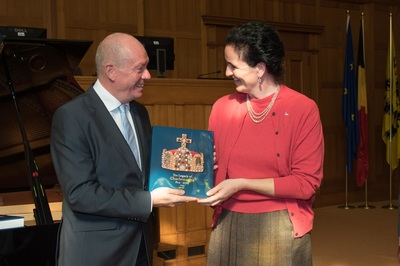 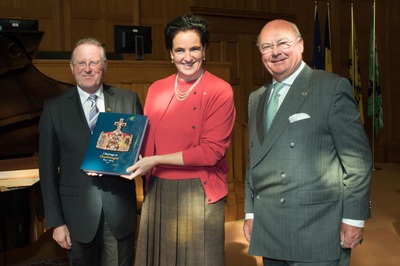 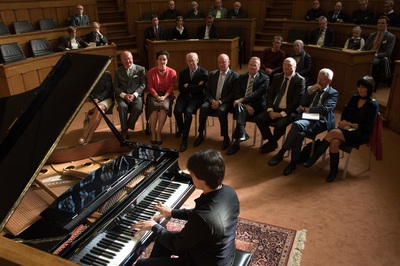 13 April is the anniversary of the death of Saint Ida. Her relics can be found in the church of the Benedictine nuns of Bayeux. We have celebrated the 900th anniversary of her death with a solemn mass, preceded by Monseigneur J.C. Boulanger, bishop of Bayeux-Lisieux. After that, Horst van Cuyck organized a special feast for the sisters and some guests. 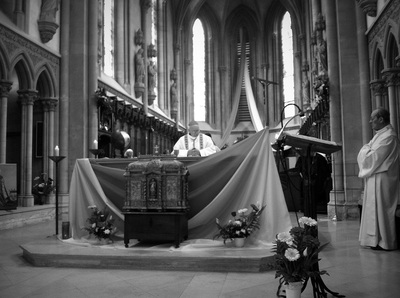 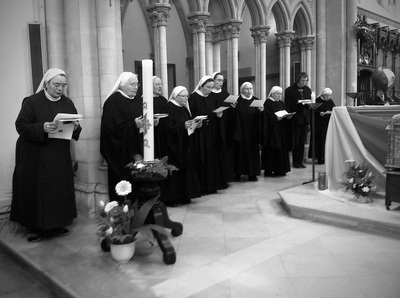 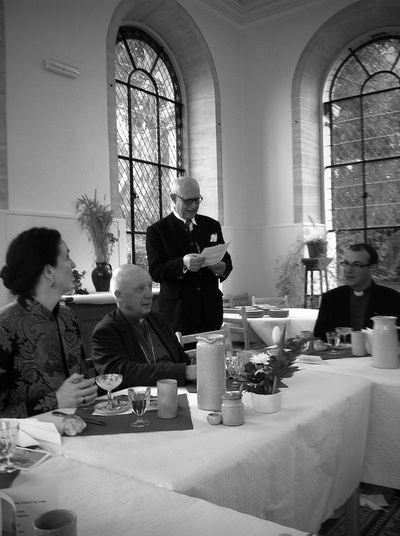 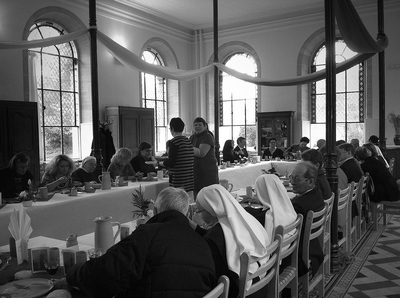 Ida of Boulogne was born in the castle of Bouillon. A plaque in remembrance of her birth can be found at the entrance of the castle. A wax statue of Ida can be seen in the large chamber of the chateau.

At the end of the summer holidays, Horst van Cuyck organized a commemoration of Ida in the castle of Bouillon, with guided tours, troubadours who played medieval music, a prey birds show and a medieval banquet. We had the honour of welcoming Servais Verherstraeten (Secretary of State), André Defat (mayor of Bouillon), Bénédicte Joris (president of the public centre for social welfare) and many other distinguished guests. 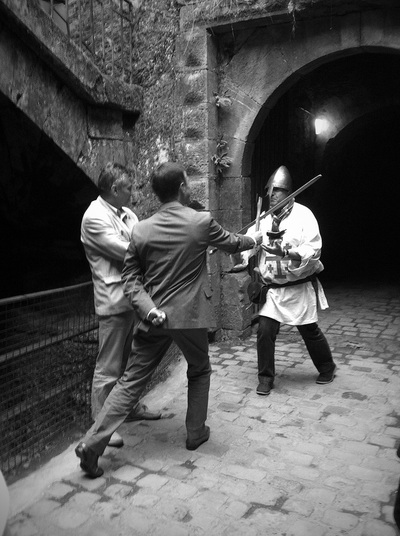 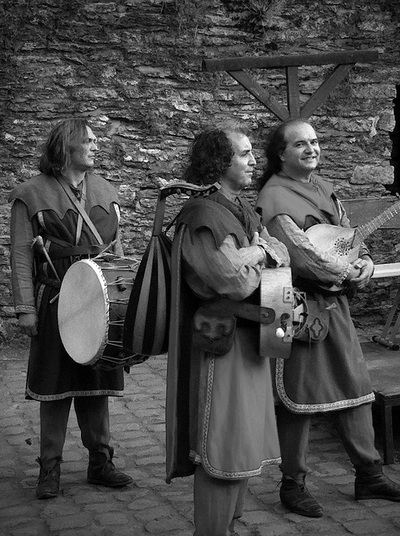 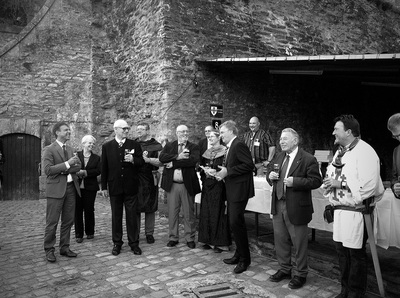 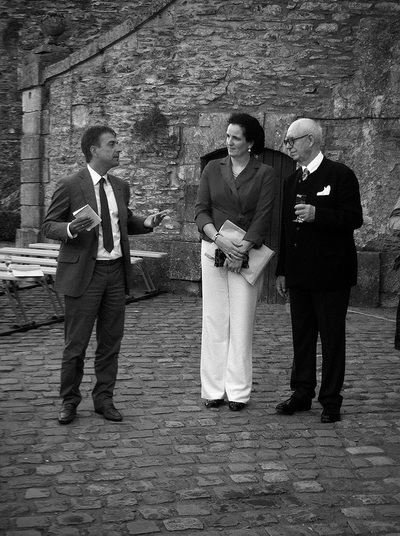